Find out how actiTIME works at our online demo: 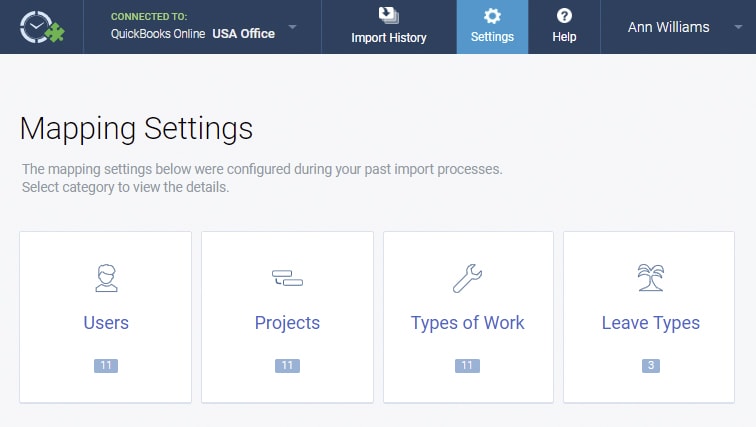 There are four mapping categories (or import rules):

Import rules are created during the import process, and cannot be changed for the actiTIME entities that have not been imported before.

Any changes you make to the import rules will be applied to your future imports.

Be careful when attempting to import the same data with updated import rules as this could cause some unexpected changes to already imported data.

Mapping history can be viewed by clicking on the icon. 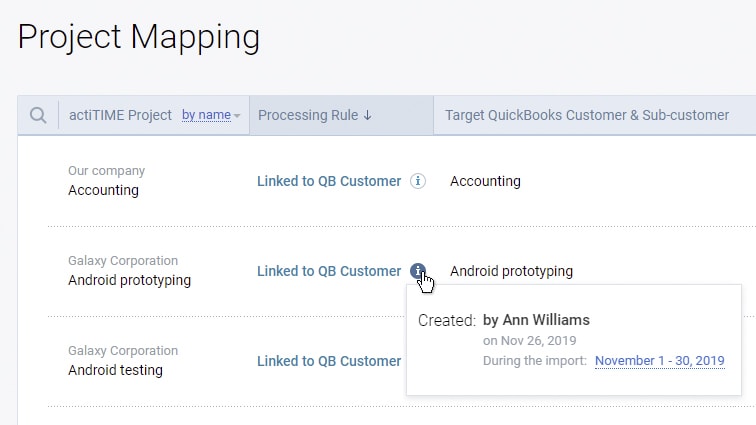 Still have questions? Let us help you.
← Prev Next →

We use cookies to ensure you get the best experience on our website. By continuing, you agree to our use of cookies.
Learn More Got It