The Ultimate Collection of Best Time Quotes for Inspiration and Mindfulness

We kill time. We save time. We rob and get robbed of time, we lose time, and we have all the time in the world. But no one of us is powerful enough to stop the march of time or slow it down.

Is it something far beyond our control? In fact, no. While we cannot influence the flow of time, we still can get the most out of it. Becoming a wise time manager sometimes is similar to mastering a sorcery, but the results are worth the effort.

Being the master of your time means getting more done, staying energized, and doing more things you enjoy. We’ve collected the best time quotes from the greatest minds of the world – use them as an inspiration or as guidelines for improving your time management.

The Time We Waste

The Time We Control

Great minds of different nations and centuries have been wondering how time flows and figuring out better ways to use it for our benefit. Let’s look at these pieces of wisdom and sometimes humor. We definitely have something to learn from them! 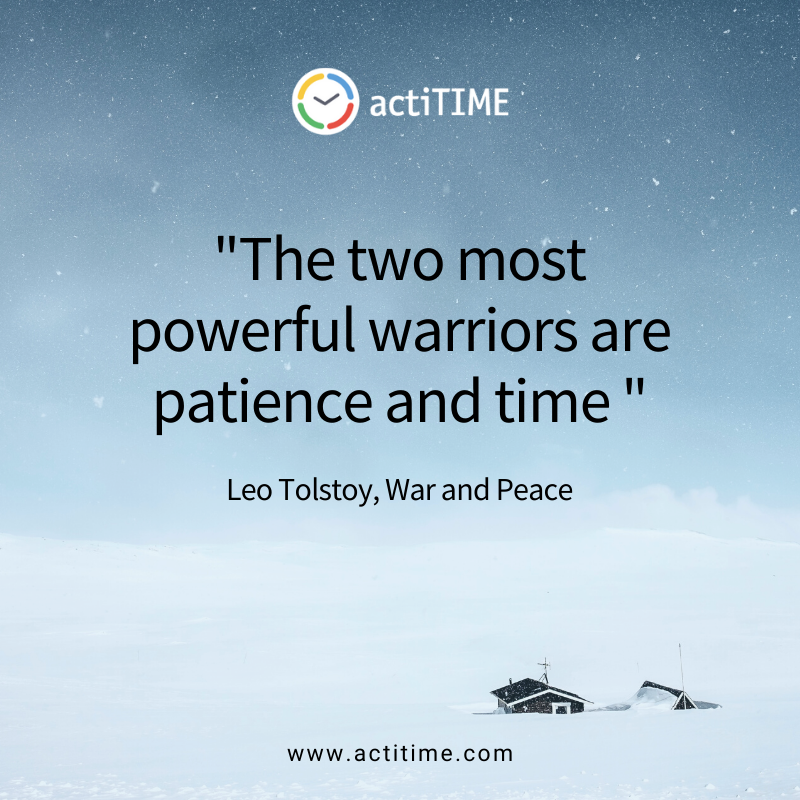 1. The two most powerful warriors are patience and time. – Leo Tolstoy, War and Peace.

Leo Tolstoy, the greatest humanist, put these words in General Kutuzov’s mouth. And, actually, it is a combination of two quotes. In book ten, the General says:

But believe me, my dear boy, there is nothing stronger than those two: patience and time, they will do it all.

Later, he repeats this idea in his thought: They must understand that we can only lose by taking the offensive. Patience and time are my warriors, my champions.

By the way, check out more Leo Tolstoy’s quotes in Twitter @TolstoySays and find humanistic wisdom and daily insights.

Probably, the most famous quote about time by Benjamin Franklin, a person known by his productivity and various talents. In his 84 years, he became not only a prominent politician and diplomat, but also an actor, musician, inventor, and satirist.

As for his famous saying, it refers to the concept of opportunity cost. This means, each choice you make has its cost, and delays (as a choice to not take action) usually lead to decrease in output.

The earliest record of this phrase is dated 1225 – before English was shaped in the modern form. The origin is uncertain, so it’s considered to be a proverbial wisdom. It means that no man has enough power to stop time or to change its course.

4. Better three hours too soon than a minute too late. – William Shakespeare.

Better spend time waiting for the opportunity to take an action than miss the chance. In Shakespeare’s “The Merry Wives of Windsor”, the phrase is said by a character who suspects his wife’s infidelity, but in fact, it can be applied to any situation when you need to take a chance to change things.

You can’t keep today’s hour for tomorrow – we all know that, but still tend to procrastinate. Benjamin Franklin warns that time is a scarce resource, and if it’s wasted, it cannot be recovered later. This is why mindful planning and work on productivity are so important.

6. Time is the most valuable thing a man can spend. – Theophrastus.

Ancient Greek philosophy is known by its combination of merely theoretical thoughts and practical approach. Theophrastus understood time as an accident of motion that cannot be stopped or reversed, and he said that waste of time is the most extravagant and costly of all expenses.

7. Time is the wisest counselor of all. – Pericles.

Pericles, the influential ancient Greek statesman and general, was a rationalist and knew the value of time. His famous phrase was said as a warning for Tolmides, the young Athenian general who intended to invade Boeotia. Eventually Tolmides failed to listen to Pericles’ words, his army suffered a heavy defeat and he died in the battle. This quote is a warning against premature decisions and poor judgement caused by the lack of time.

8. The key is in not spending time, but in investing it. – Stephen R. Covey.

A quote by Stephen R. Covey, the author of the famous time management matrix. You can spend time on useful and useless things, but if you call it “investing”, you’ll definitely invest it in something that has value and importance for you. So choose your goals wisely so that time you spend on them becomes an investment, not an expense.

9. It is the time you have wasted for your rose that makes your rose so important. – Antoine de Saint-Exupéry, The Little Prince.

If we truly love something, we spend (or invest?) time in it. As time is a valuable resource, when invested, it makes the person, goal or activity even more important for us. But there’s a negative side too. Sometimes we hold on to the past and to the irrelevant goals just because we already spent too much time on them.

10. Punctuality is the thief of time. – Oscar Wilde, The Picture of Dorian Gray.

The phrase that looks like a joke for most of us, is the truth of a complete hedonist. Oscar Wilde is being at his best: the meaning of his quote is that when you invest effort in someone else’s comfort (like hurrying because someone is waiting), you sacrifice your own time that you could spend on much more pleasant things.

People have always been considering time as a relentless and cruel force, a robber, and a killer. Looks like a depressive poetic phrase, and the realization that it is not possible to control the course of time is even more sad. But good news is that time is a valuable resource that each of us has, and we can use it at our own discretion and for our benefit. 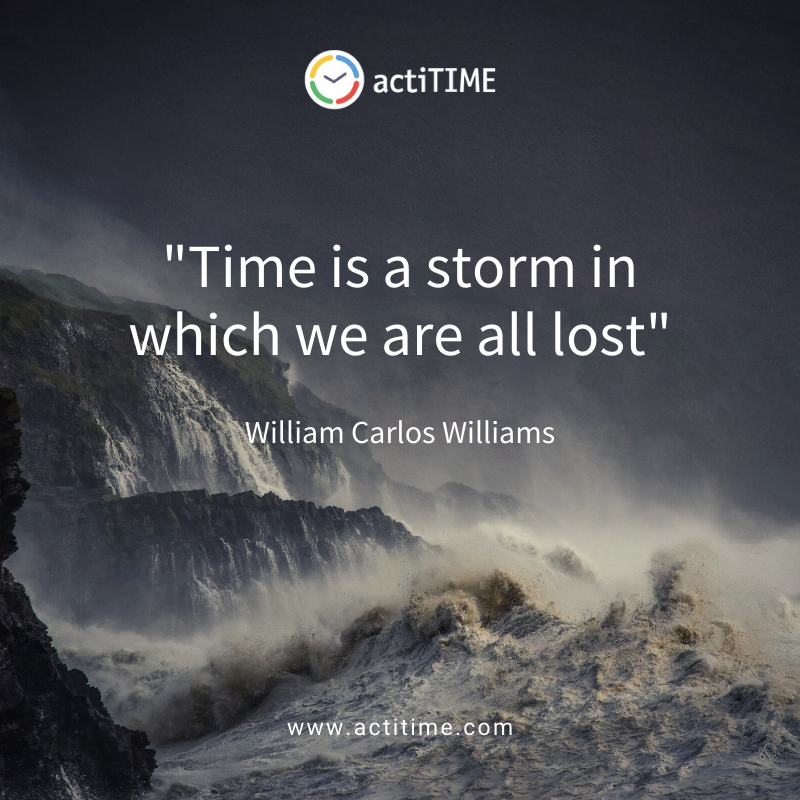 How often do we understand that we could use our time better, and regret that we didn’t spend it wisely? How often do we dream of how good it would be to amend things we did or didn’t do long ago? The older we get, the longer and thicker are the shadows of the past, and what’s important here is not holding on to them. We cannot turn the clock back, but we can do our best today to make tomorrow a happier time. 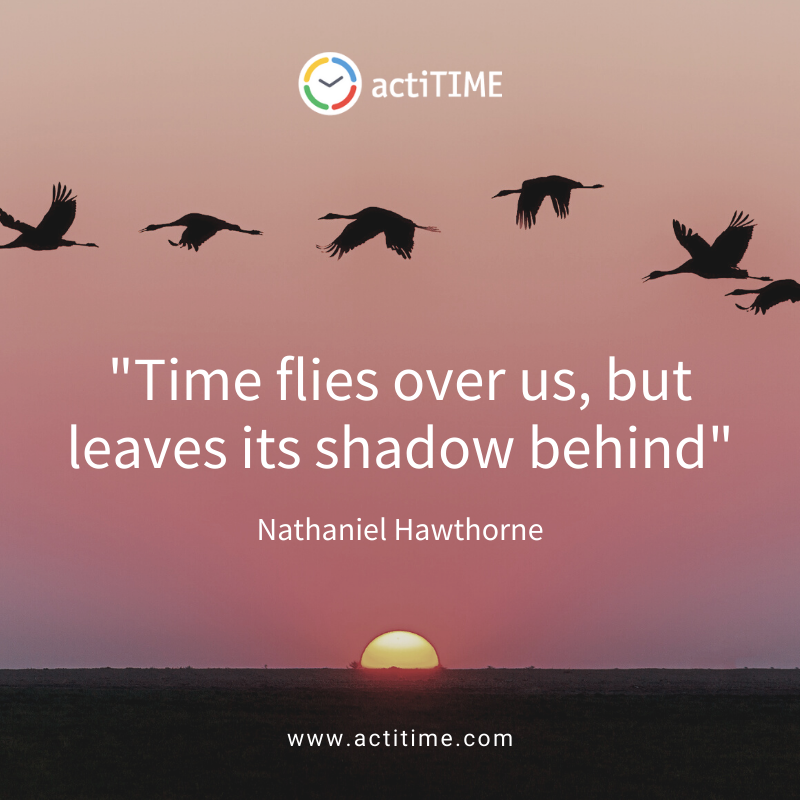 The Time We Waste

Ticking away the moments that make up a dull day – and later realizing that you never make up for the lost time: the cycle familiar to any of us. While it is not possible to completely avoid it, we should never forget that we can’t reclaim the time we wasted, and spend it on things we love and need. 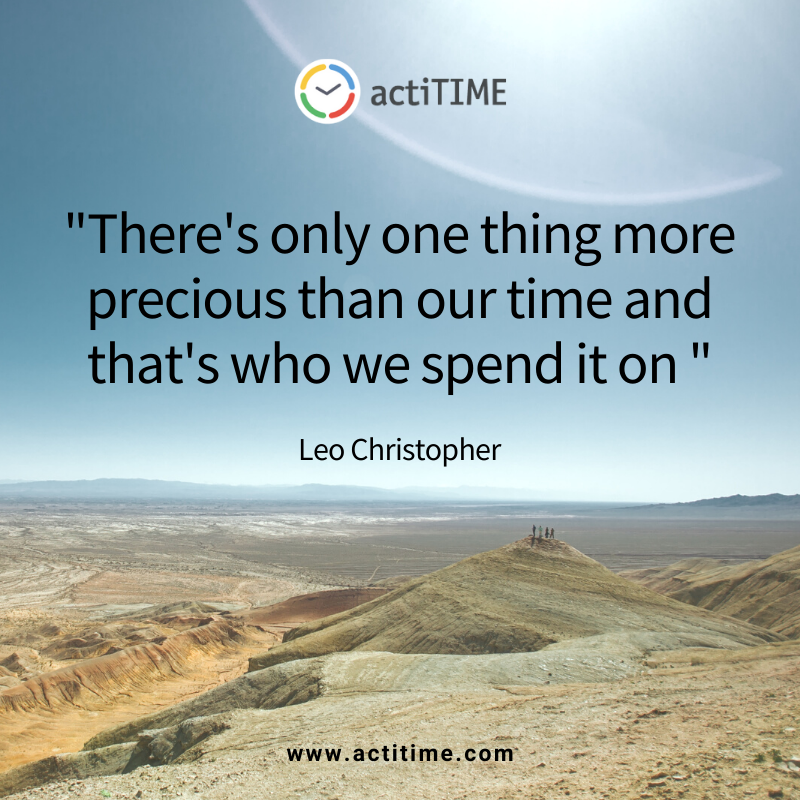 The Time We Control

While we cannot do anything about how fast the time flows, we still can control how we use it. Being more energized and productive helps us live to the fullest. Always remember what your goals are, get more done, and try new things to find all of your talents. 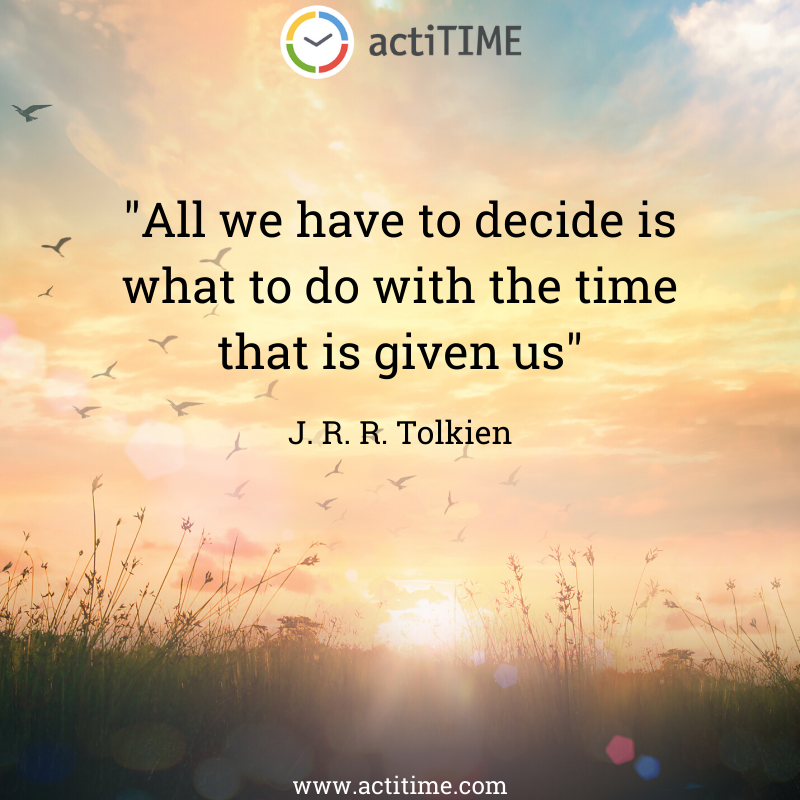 The nature of time is a complex thing. Scientists, poets, and philosophers explain it differently, and many of us have our own understanding of what it is and how it works, and – what’s more important from the practical point of view – how it influences us and how we influence it. 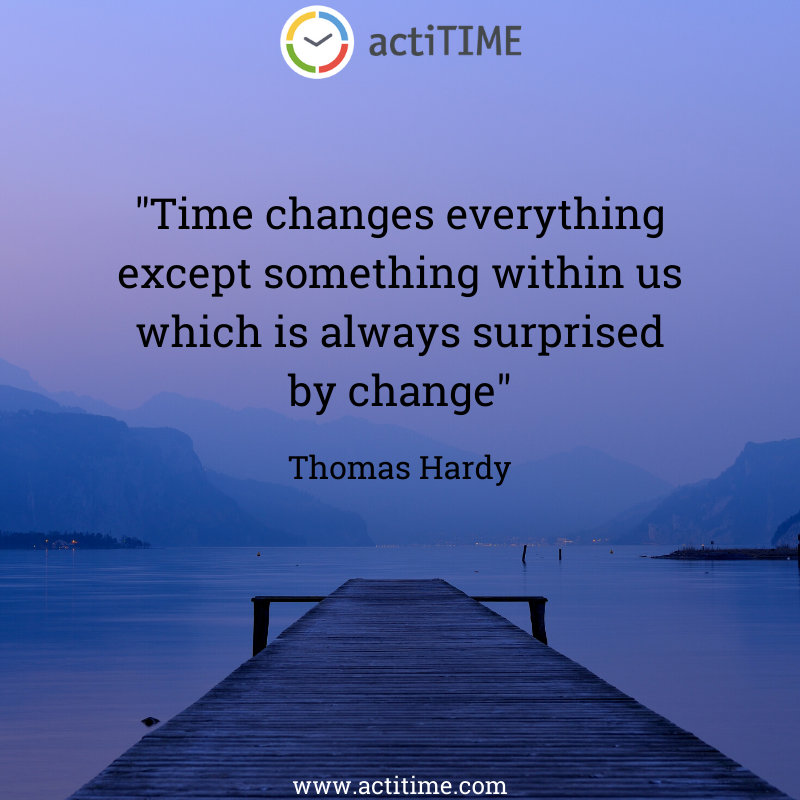 Time, poetically depicted as a relentless thief, scientifically explained as the fourth dimension, and practically seen as a valuable and limited resource, is one of the biggest riddles of the universe. The truth is, our decisions and actions define whether it is our enemy or ally. Taking control of our time means living our own life – not someone else’s – and getting the most out of it.

Take your time under control with actiTIME time management software